As fact of life, as time goes by, generational replacements are imposed and the Lottery in not an exception. In 1986 Jose María Masip got in charge of the most senior Lottery Management Establishment in its sector in Lleida, from a small corner of the great hall of the `Teatro Principal´ , where it stayed for 22 years. This building has been the most important Theatre in the capital of the Segriá region. The most relevant celebrities of the social, political and cultural life have passed by this building in different ages. We also wanted to write a small piece of the history of this Theatre by giving a lot of lottery prizes, for example, in the years 1973 and 1977, when the numbers 27.621 and 27.628 were awarded with fist prizes, respectively.

In 1986, due to decease of Mr. Masip, his widow, Rosa María Serrano got in charge of the management of our establishment. In this new period we were lucky again, provided that we sold the third Prize in the Christmas Drawing of 1989, with the number 27.624, awarded with more than five millions of pesetas shared out in the city, which made the inhabitants of Lleida infinitely happy. It was the most important prize we are aware of, in this area of the country.

After this event, in 1990, our Management Establishment was relocated again. We set it up in Francesc Maciá Avenue in Lleida, moving from the historic to the economic centre of our dear city, where we stayed until the present day. By the mid 2007, Mrs. Rosa María Serrano handed over the baton to her son David with the aim of giving dynamism to our Lottery business and try to apply the new technologies to the lottery management.

The past year 2009 was specially lucky for us, delivering two first prizes in special drawings, sharing out more than ten millions euros among our customers, and we hope we could repeat this soon!

During all this time we have gained practically unequalled experience in our sector, considering above all the welfare and the satisfaction of our customers, and we have guaranteed maximum service, personal treatment and care which led us to be at the leading edge of the lottery management establishments in our area. 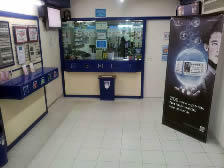 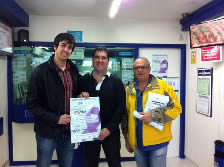 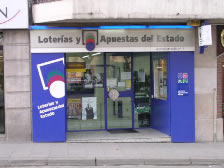 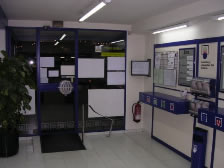